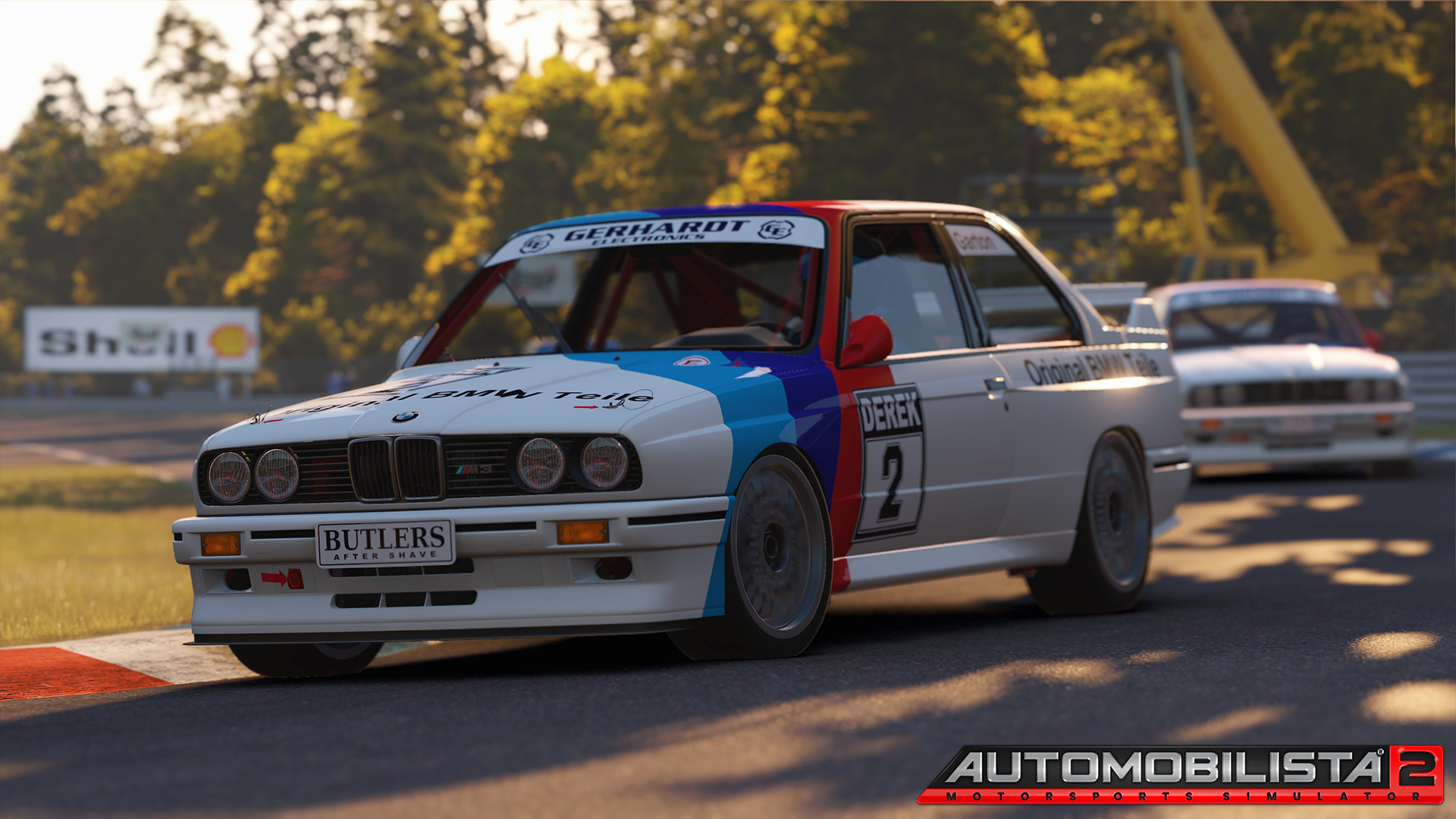 Automobilista 2 is due for some new free content at the end of September in the form of the Classic Touring Cars package.

The pack will add touring legends from the 1960s, 70s and 80s as Reiza Studios continue to establish their classic content.

Classic tourers including the BMW M3 E30, Lotus 23 and a 1965 Mini Cooper will be the main attractions with popular tracks from AMS1 also making the jump to the new title.

The Buskerud and Speedland Karting tracks will please fans of the white knuckle karting fans and those looking to spice up a full-sized car race.

We are still working hard on our upcoming September update to #Automobilista2 – a few more days to go but will be worth the wait!

On the content side, we have some exciting cars such as the BMW M3 E30, Lotus 23, Mini Cooper 1965 & more – all free to all #AMS2 owners! pic.twitter.com/GwyWVOlQCs

The update is understood to be landing on Tuesday 29th September with more cars to join the picture. As promised, it will be made free to all AMS2 owners past, current and future.

Automobilista 2 is the culmination of a project developed over the course of nearly a decade. At its core, it is a comprehensive simulation of the brazilian motorsports scene, featuring all major brazilian racing series, race tracks and manufacturers.

Packing an even larger roster of diverse cars and tracks than its predecessor, Automobilista 2 ventures further into the best of international motorsports, including prestigious brands along with iconic venues such as Brands Hatch, Mount Panorama and Imola, at the same time continuing to explore the more exotic and exciting forms of motorsports from around the world.

Boosted by a new technical partnership with the developers of the award-winning Project CARS series, Automobilista 2 is built on the MADNESS engine, providing incredible graphical quality, the most advanced dynamic weather and track condition systems in a racing simulator and superior VR support, to deliver a substantial realism upgrade over its precedecessor and a fully immersive visual experience.