Lewis Hamilton: I played as Michael in Grand Prix 2 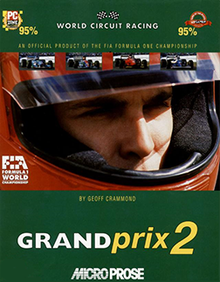 Speaking immediately after winning the 2020 Eifel Grand Prix at Nurburging, Lewis said of matching Schumi’s record, “I don’t even know what to say.

“When you grow up watching someone you generally idolise them in terms of the quality of the driver they are but also what they are able to continuously do race on race, year on year, week on week.

And then acknowledge a game many simmers will be familiar with.”There was a game called Grand Prix 2 and I remember playing as Michael and seeing his dominance for so long I don’t think anyone, especially me, didn’t imagine that I’d be anywhere near Michael in terms of records.

“I couldn’t have done it without this incredible Mercedes team. A very big thank you and huge respect to Michael, added Lewis who was presented by one of Michael’s iconic helmets by his son Mick Schumacher.

“I was always Michael. He was phenomenal.”

Lewis Hamilton recalls his days of driving as Schumacher on computer games as he pays tribute to the man he now shares F1’s wins record withhttps://t.co/XPT77R3StL#SkyF1 | #F1 | #EifelGP