Automobilista 2: GT1 cars on the cards for Christmas 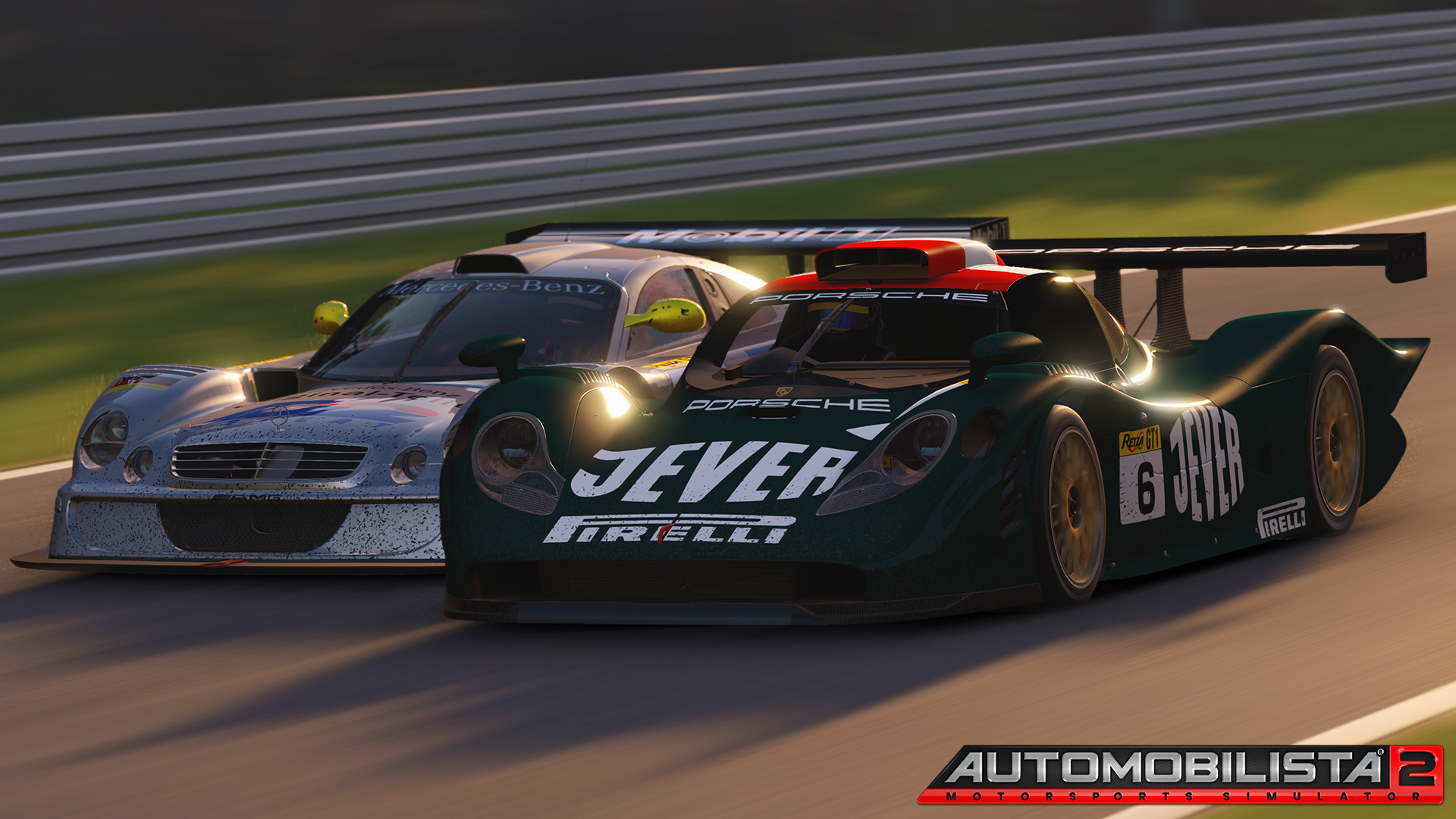 Reiza Studios have released their Automobilista 2 November Development Update with a lot of positive energy, with some great news for GT1/Sportscar fans with some iconic racing cars set for release with Christmas a time for giving!

This is what they have to say:

Greetings everyone! Happy to be here again with our usual monthly catchup to bring you all up to date on the latest developments to Automobilista 2 – November has been another productive busy month, we have in fact run the clock all the way, having just wrapped our latest hotfix to Automobilista 2 (now up to v1.0.6.1), contributing to this slightly delayed dev update

So it´s already December, and just like that 2020 has come and gone – firstly, we´d like to send our best wishes to everyone struggling to one degree or another through the latest wave of the pandemic – we hope you all are managing to stay safe as we approach what should hopefully be the final months of the ordeal we have collectively been through this year. All signs point to vaccines becoming available in the coming months so let´s all do our best to keep our heads down until we´re through to the other side!

If there is any plus side to our extended indoor routines is hopefully a bit more time to have fun with some quality sim racing, and we´ve been pushing hard to make our contribution towards making your extra hours at home a bit more enjoyable

Here´s a recap of what we´ve been up to and what you may expect in these final weeks of the year.

Our latest updates have brought substantial growth to Automobilista 2, with the initial batches of GT3 & GT4 cars being added to the sim as free additional content, the iconic Nurburgring Nordschleife arriving as our latest DLC, and another batch of valuable improvements to the game core, specially on the FFB, physics and AI fronts.

It hasn´t been all smooth sailing – we´ve clearly set a very aggressive development schedule for ourselves this year, and although we´ve been largely meeting our target milestones it hasn´t been without some stumbles and heartache, with licensing arrangements often progressing at unpredictable rates given all that is going on, and it´s forced us to dance to the music somewhat.

We like to think we´ve largely brought it all together to a satisfactory degree in our latest round of updates – special kudos going out to our track team for not only consistently meeting very demanding deadlines, but also finding the time to fit several upgrades to existing tracks so the experience remains largely consistent from one to another – although anything can always be a little bit better given enough time and resources, we are very pleased with what has been achieved in delivering so much good in such a relatively short window of time. 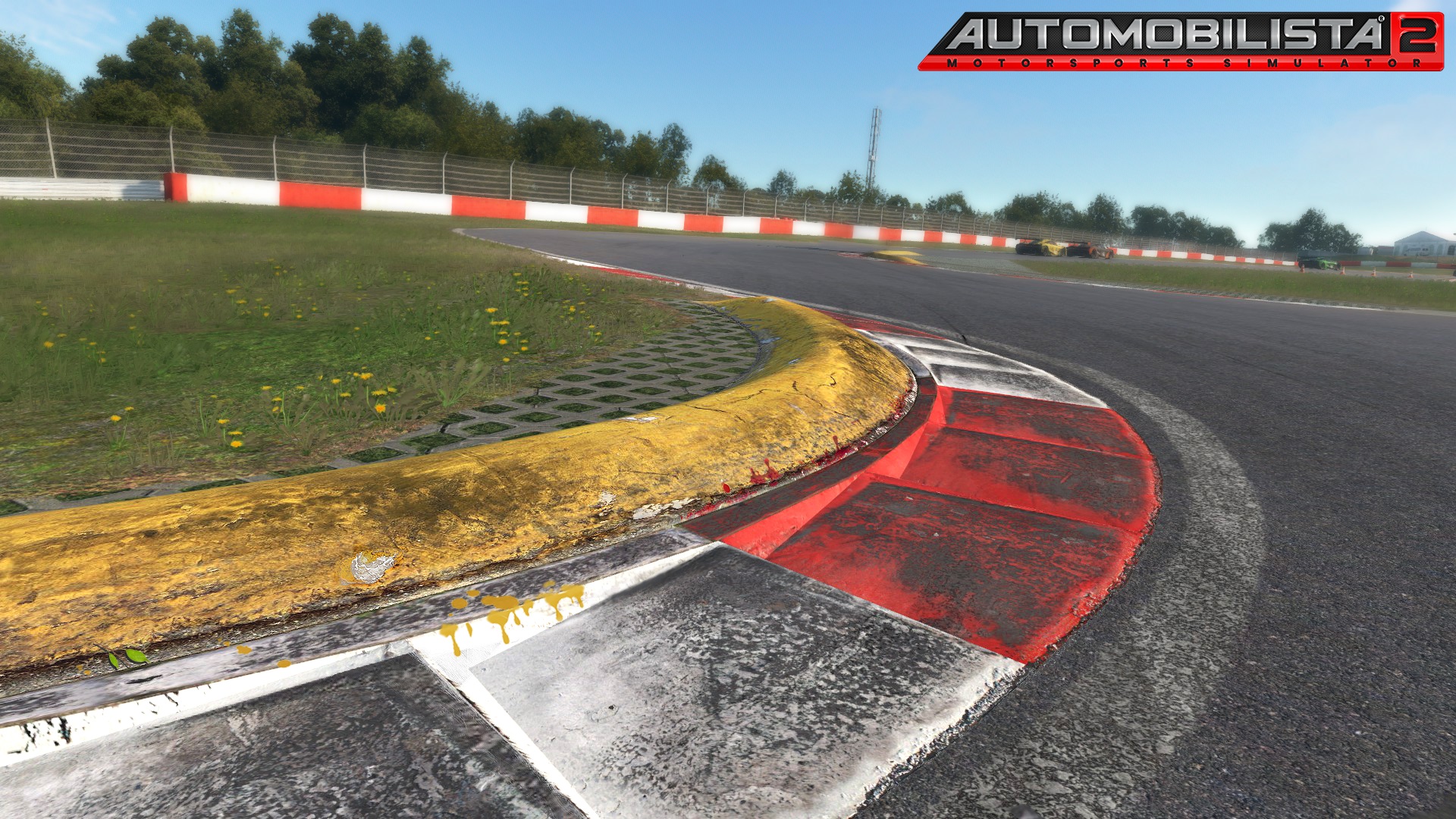 The Nurburgring and GT cars are a proud landmarks in our history – delivering a number of cars from such iconic brands as BMW, Mclaren, Mercedes, Porsche together in our first year, as free additional content no less took some manouvering, so we´re happy to have come through with it and with the substantial value they have brought to Automobilista 2.

All focus now is in wrapping this first year in AMS2´s dev cycle in a high note, and we´ll be pushing extra hard to try ensure the game features some quality developments in every front for the upcoming December update.

To this end, we have opted to dillute our release schedule for new content a bit over the initial months of 2021, to try ensure a better spread of efforts towards making the game more whole – and updated roadmap for 2021 will be presented in our final dev update of the year later this month.

While the schedule may be flexed, the order of priorities remain pretty much as the ywere – Single Player has seen a lot of good progress in recent updates, with several AI developments bringing the game closer to the baseline consistency that is needed from the AI in order for other single player features to deliver on their potential – we´re now pushing hard to expand Championship mode to feature more series, with a number of single and multiclass championships expected to be added in time for the next update.

We have also been making good progress in the Custom Championship feature, to allow users to create their own championships featuring the classes and events of their choice. There´s a chance we´ll have a preliminary version of this feature already in place for our December Update.

We´re also aware Multiplayer is in need of some further development to attend the requirements from the online community – we´re looking to make as much progress there as we can in time for the next update, and we welcome feedback from league runners as to what they currently most find lacking.

The Multiplayer Rating System is another key feature that has been anxiously antecipated, and while the legacy structure for its introduction has been fundamentally in place singe the beginning, we need to ensure a degree of reliability before its introduction is worthwhile – work is ongoing there and it remains a priority, but the timeline for its introduction remains open – this will roll into the first quarter of 2021.

There are a number of other developments to the UI, physics and audio on the pipeline and we´ll be pressing hard to introduce as many as we can already for the next update – should be a solid update all around. 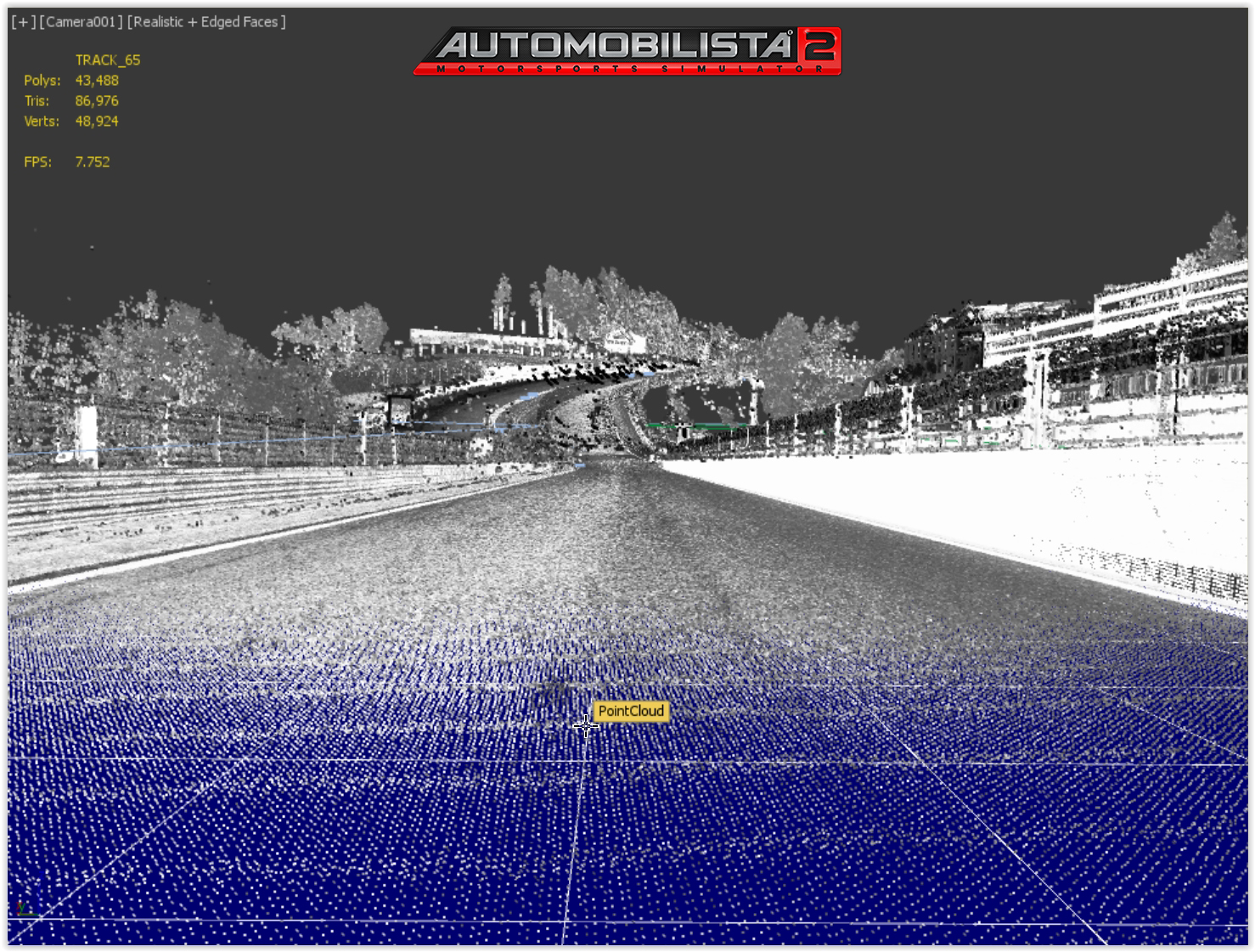 The iconic Spa-Francorchamps needs no introduction, and its merits as one of the most thorough and exciting tests for driving ability as well as a great track for racing is uncontested – like the Nurburgring, it is a track like no other, and its popularity in sim racing is fully warranted.

It´s with great excitement then that we confirm we are now working hard to deliver Spa for Automobilista 2 before the end of the year – the whole track team is invested on the project to do the justice it deserves, with accuracy being assured by the high quality laser scan data we are using for its modelling.

As per previous releases, we will be expanding on the legacy of Spa as the ultimate race track by also offering historical variants of the track – both the infamous long lap through the surrounding Belgian villages as seen up to the early 1970s, as well as the 1991 version, with high curbs and short run-offs providing an even more demanding challenge with much less for error.

The December release however will only feature the Modern version of the track, with the historical variants being added in subsequent updates (free of any additional charge for those who buy the DLC or any of the packages that include it). 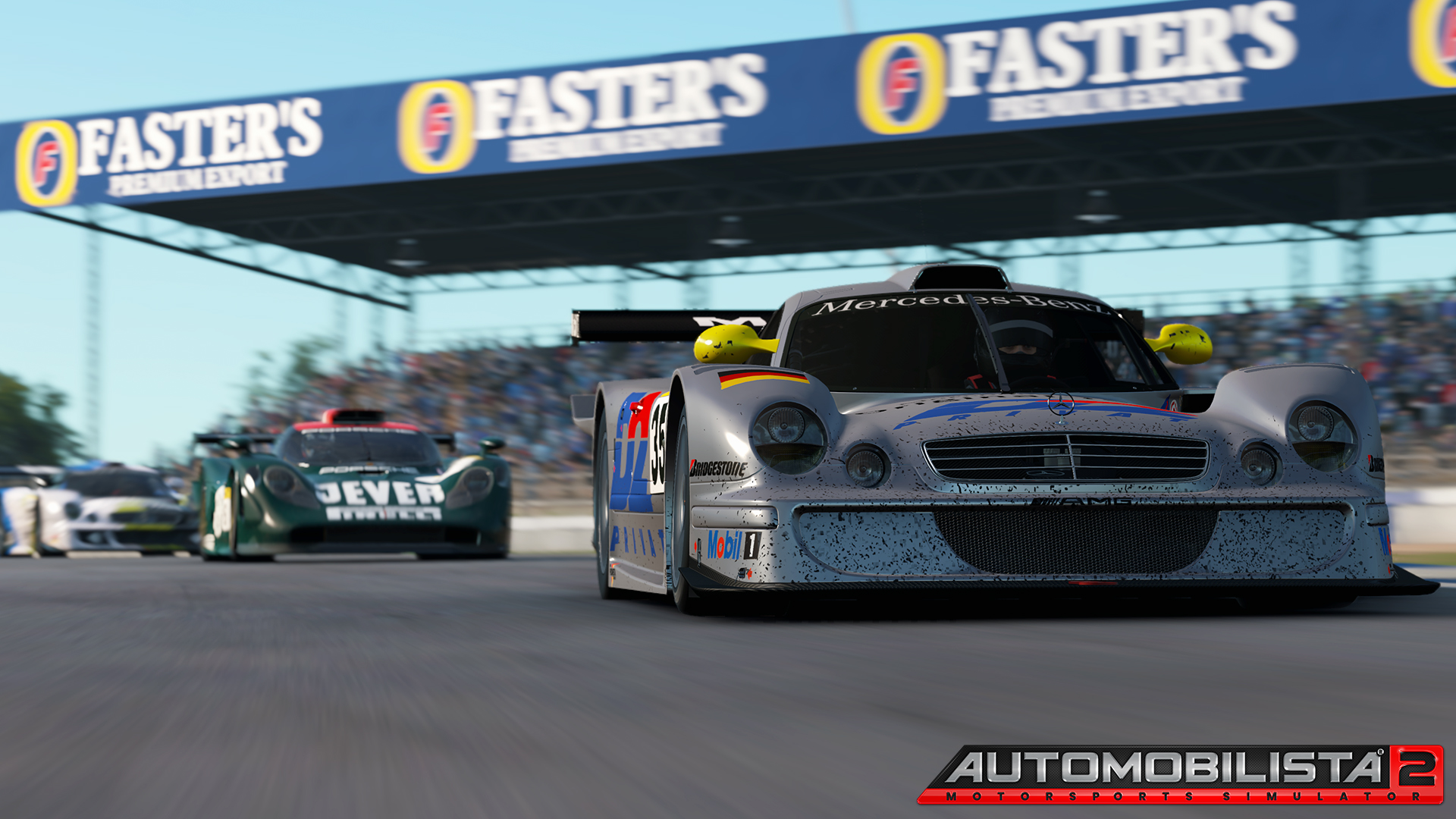 Our last update of the year will also expand on the car roster with another exciting class – the mighty late 1990s GT1 cars will come to life again In AMS2, initially represented with at least two models – the Mercedes CLK and the Porsche 911 GT1 previewed above.

The update will feature at least a couple more cars – we´ll save a few surprises for Christmas, but here´s a glance to whet your appetite 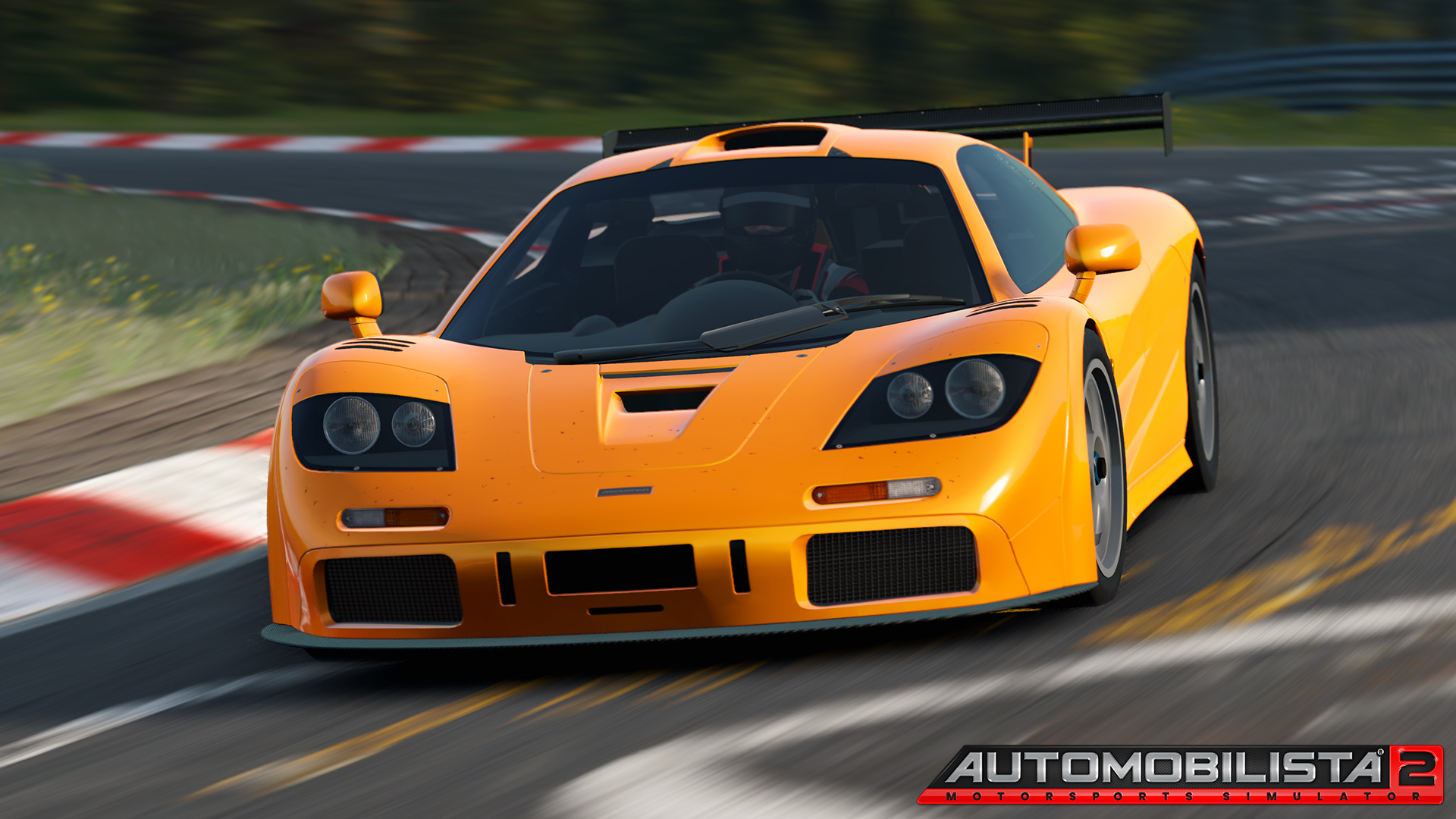 That is all for this month! We´ll have another Dev Update before the end of the year to offer some foresight into what you may expect for Automobilista 2 in 2021 – you won´t want to miss it!