He’s done it! Jarno Opmeer was crowned 2020 F1 Esports Pro Series champion on Thursday, after coming home seventh in the season-closing race in Brazil and with it has become a sim racing household name.

The Alfa Romeo Racing Orlen F1 Esports racer held a 16-point advantage over nearest rival Frede Rasmussen, but after he failed to score, Opmeer’s mid-pack finish was more than enough to seal the deal.

But while Rasmussen was left craving individual success for the second year in a row, he could take joy in his Red Bull Racing Esports team retaining their teams’ title, having won the accolade one year previously.

Rasmussen endured a tough race in Brazil, crossing the line eighth but dropping out of the points for his first non-score of the season due to a penalty. But Marcel Kiefer in the sister Red Bull put on a great display, duelling for the lead and ultimately coming home in second place.

Rasmussen had boosted his chances of mounting a championship assault on Wednesday, taking a win in Round 10 in Japan to move within striking distance of Opmeer.

However he dropped points in the subsequent Mexico City affair, and couldn’t close the deficit.

Interlagos saving the best for last 😍@marcelkiefer_ and @NicolasLonguet send off the 2020 Pro Series with a juicy wheel-to-wheel scrap ⚔️#F1Esports 🎮 #F1 pic.twitter.com/5uPXHOTRTd

HAIL TO THE KING, BABY!

Leigh. Tonizza. Opmeer. We have a third individual champion in the F1 Esports Pro Series, and it he goes by the name of Jarno Opmeer. With four wins, no one else could boast more silverware than the Dutchman this season.

In truth, his Brazil race was probably one of his least remarkable of 2020. He qualified in P7 and finished there too, never troubling the frontrunning podium positions. However, with Rasmussen ailing in the race due to a penalty for speeding in the pit lane, Opmeer had no risks to take and nothing else to prove, a point he made all the way back in October.

But championships have been won in Brazil in similar fashion before. Hamilton in 2008. Button in 2009. Vettel in 2012. They all finished with a handful of points, doing just enough to outdo their rivals. The lead up to this final point has been a journey full of overtakes, clever strategy, tyre management, and prodigious one-lap pace. Jarno Opmeer more than made his mark in 2020, and he now has the title and the award he deserves.

After 16 years of karting, formula racing and sim racing, a dream came true!

Checkin’ in with the champ 😉

THE RED BULLS FIGHT BACK

Alfa Romeo had things their way earlier in the season. The 1-2 in China, the crushing wins for Opmeer, and the killer alternate strategies.

However, one team rose to the challenge of beating them, and that team was of course Red Bull. With a double-Q3 appearance in every qualifying session, and a double-points finish in every race right up until Brazil, they truly redefined consistency in 2020.

The pairing of Rasmussen and Kiefer built upon the Rasmussen-Tormala-Longuet combination of 2019, and the team beat their points tally from last year by a whopping 67 points.

Though he didn’t race in the Pro Series, a special mention should be given to Tino Naukkarinen, whose impact behind the scenes no doubt helped propel the team to a second successive teams’ title.

As the championships took centre stage, the masterful performance of Nicolas Longuet went slightly under the radar. But his was a win to be proud of, holding his own against the charging Kiefer.

With just a couple of laps to go, Kiefer darted to the inside of Longuet down the Reta Oposta, and did well to cling on to the position throughout the rest of the lap. The curvy nature of Interlagos means wheel-to-wheel racing can be tricky, but the pair pulled it off with ease.

Longuet played the Uno Reverse Card on the final lap however, and stole P1 back with an equally daring move around the outside of the Senna S.

Longuet’s bulldog grip on the lead ensured he ended the season in the best way possible, and earned himself the honour of Aramco F1 Esports Driver of the Day.

Champions crowned. Races run. Stamps licked. It’s come about quickly, and we’re sad to see the 2020 F1 Esports Pro Series go! But we’ll be back for plenty more entertainment and racing in the near future, when the 2021 iteration of the championship begins in earnest.

But even sooner than that, The Challengers is on the horizon! What’s The Challengers, we hear you ask? Why, it’s the qualification pathway for 2021 of course!

Held from December 2020 to April 2021, this string of races will see 10 races per platform spread across five two-race events. The six highest performers per platform will then be up for selection in 2021, with the opportunity to race in the Pro Championship.

The first stream gets going on Twitch and Huya on December 21 from 19:00 GMT, so tune in if you’re hungry for more festive digital racing action. Until the next time – thank you for making the 2020 Pro Series a memorable one!

F1 ESPORTS WORLD CHAMPION. 16 years of hard work to get my first world championship. Thanks to every single person who have helped me along this journey and especially my dad who started all of this.🙏🙌❤ pic.twitter.com/8QpuPyEj5C 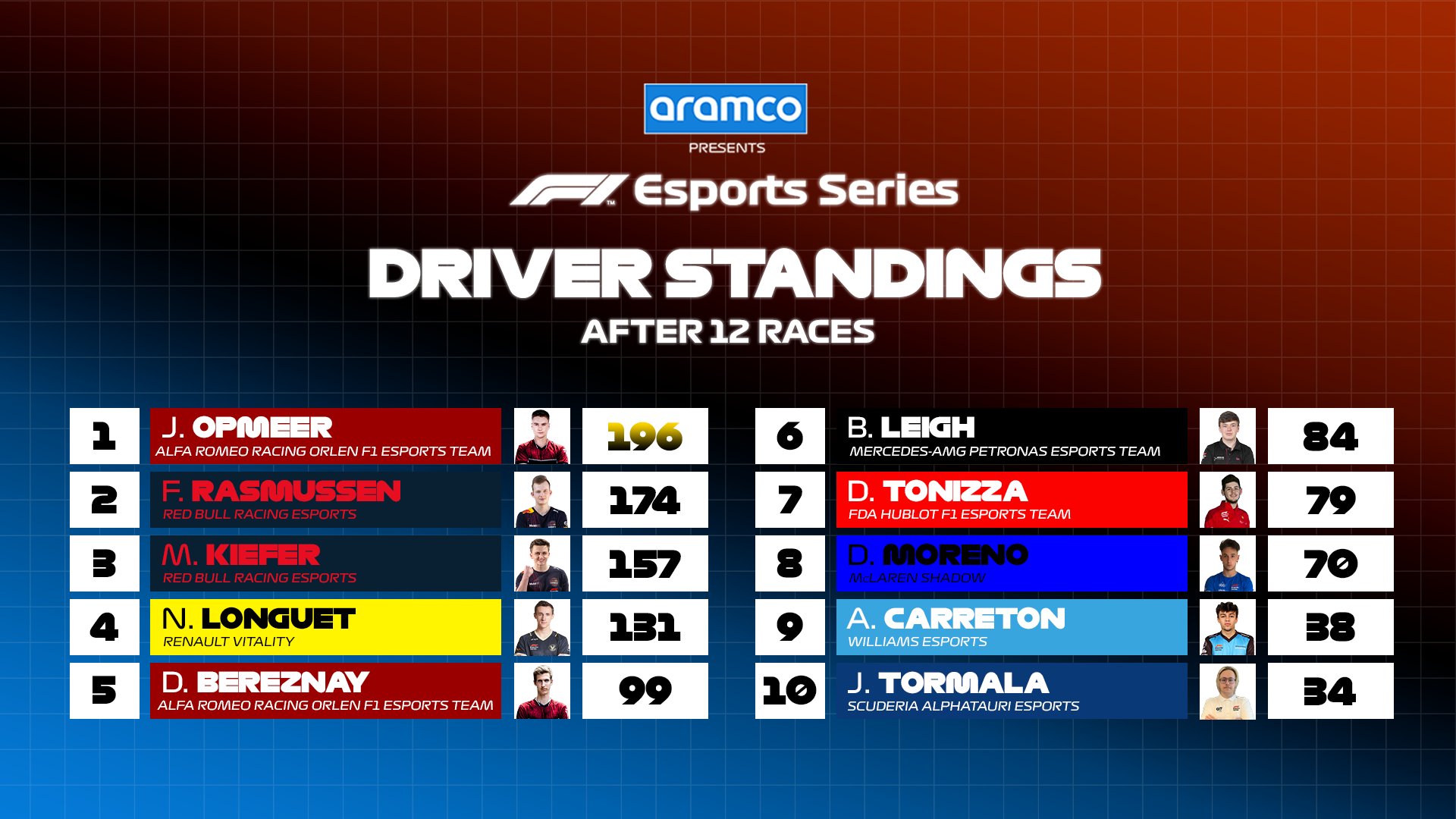 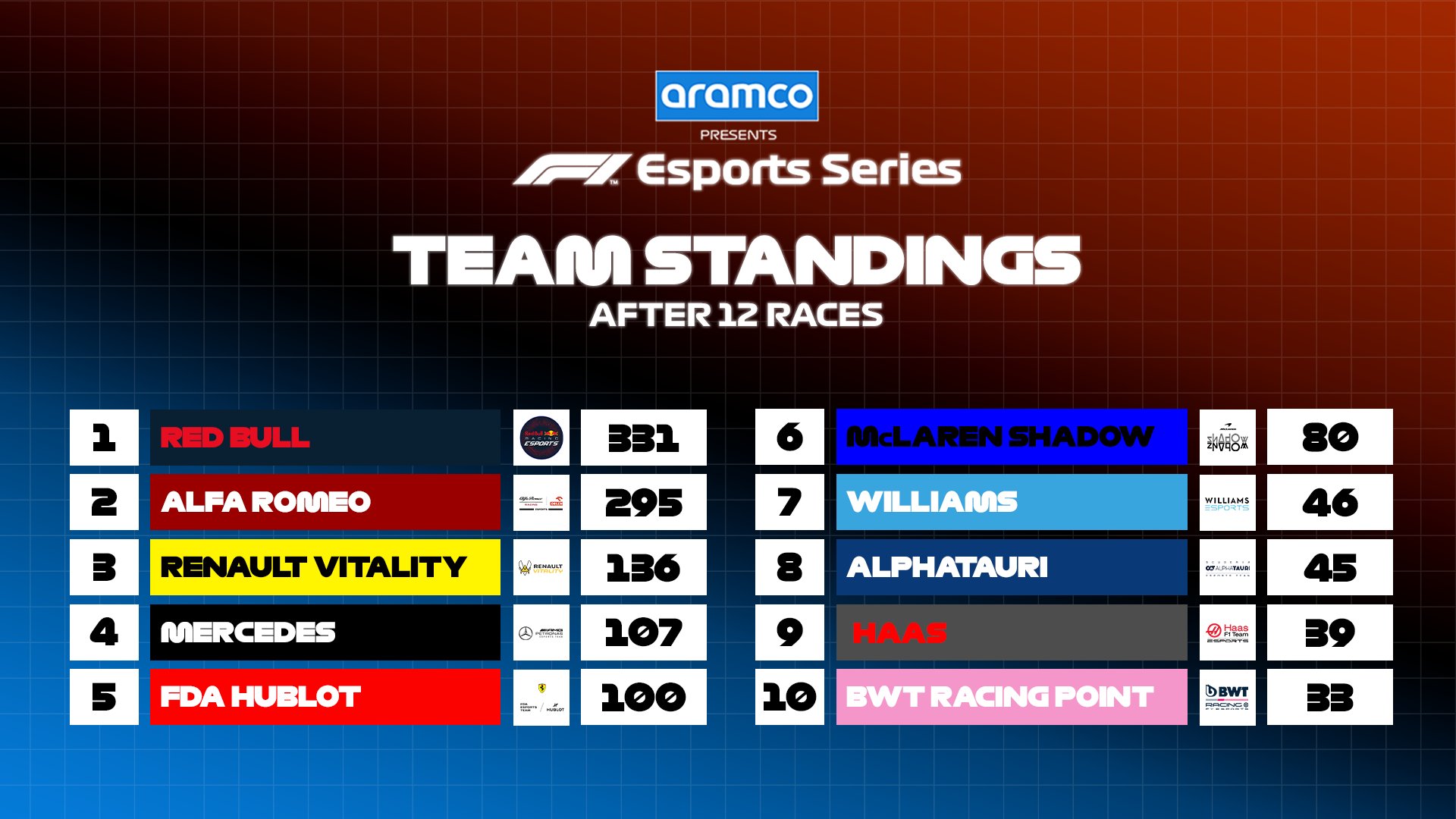